The Cleveland Clinic will be the host for the Association of Medical Illustrator’s 70th Annual Conference July 22-25, 2015. Cleveland Clinic is adjacent to University Circle, the largest concentration of medical, cultural and educational institutions within a square mile.

So much is new in Cleveland since the AMI held their 2004 conference here. Fortune Magazine identified Cleveland as an up and coming city. Thanks to a revitalized downtown and Euclid Avenue corridor, visitors can expect an abundance of diverse attractions: the world renowned Severance Hall (winter home of the Cleveland Orchestra), the Cleveland Museum of Art, the Cleveland Museum of Natural History and the Cleveland Botanical Gardens, to name a few. All are within walking distance in University Circle. A short ride into downtown is home to the Rock and Roll Hall of Fame, the Horseshoe Casino, Playhouse Square and numerous other attractions. Visiting White Sox fans can take in a game against the Cleveland Indians at Progressive Field.

Tour the Cleveland skyline or the banks of the Cuyahoga River on one of the nautical tours. Experience the food scene with nationally recognized culinary talent such as Iron Chef Michael Symon’s Lola, Lolita and B Spot. Great Lakes Brewing Company is one of many microbreweries found in the area.

The 2015 AMI conference will once again combine the TED-style format of the 2014 meeting with traditional concurrent based programs familiar to AMI meeting attendees. Participants will hear presenters such as: 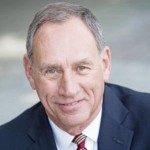 Chief Executive Officer and President, Cleveland Clinic, His leadership has emphasized patient care and patient experience, including the re-organization of clinical services into patient-centered, organ and disease-based institutes. He launched major wellness initiatives for patients, employees and communities. Dr. Cosgrove is a sought-after speaker worldwide. He has addressed the Senate Health, Education, Labor and Pensions Committee, in Washington, D.C. He is regularly quoted and featured in national magazines and newspapers, including a cover story in Time, and major articles in Newsweek, the New York Times, and the Washington Post. He has appeared on CNN, Fox, MSNBC, NBC, CBS, “The Charlie Rose Show” on PBS, and other national media outlets. 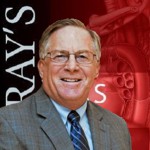 Director of Anatomy and Professor of Surgery at the Cleveland Clinic Lerner College of Medicine of Case Western Reserve University. He is responsible for designing and implementing the anatomy component of the medical school curriculum in this innovative program. Dr. Drake has presented numerous talks on educational topics at national and international meetings and has published many peer-reviewed papers, book chapters, multi-media materials and abstracts. Currently, Dr. Drake is Co-Editor-in-Chief of a new journal, Anatomical Sciences Education, which published its first issue in January, 2008. Finally, he is one of the authors of “Gray’s Anatomy for Students,” “Gray’s Atlas of Anatomy” and “Gray’s Anatomy for Students Flash Cards.” 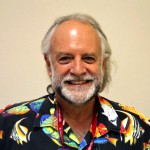 Peter Abrahams trained in London as a physician after teaching in the jungles of Sarawak, Borneo, for Peace Corps. He intended to become a surgeon but was side tracked into anatomy after writing Clinical Anatomy of Practical Procedures. This led to him being awarded a British Fulbright Scholarship to the University of Iowa (1975) in Anatomical Education. He was Clinical Anatomist at UCL (London) for 15 years and then held the Clinical Anatomist post at The University of Cambridge (UK) before moving to the new Chair of Clinical Anatomy at Warwick Post-Grad Medical School in 2006. He was awarded the BMA electronic publishing prize and the IAMS prize for Interactive Skeleton CD-ROM. In 2005, with Craven and Lumley he won The Richard Asher Prize from the Royal Society of Medicine, London, for the best new medical textbook. His major works include the McMinn and Abrahams Clinical Atlas of Human Anatomy, now in its 7th edition and the Weir and Abrahams Imaging Atlas of Human Anatomy now in its 5th edition. In 2006, the American Association of Clinical Anatomists recognized his contributions as its Honoured Member. Dr. Abrahams set up, and is Director of the West Midlands Surgical Training Centre, a cadaver operative suite and plastinate teaching centre for international health professionals. He also teaches anatomy for artists at the Slade School of Fine Art. He was a consultant to the Buckingham Palace Olympics Exhibition “Leonardo–Anatomist” and co-curated the “Mechanics of Man” exhibition at Holyroode Palace for the Edinburgh Festival. He is now consultant to Fitzwilliam Museum on “A Michelangelo Discovery.” 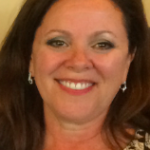 Leila Lax is an assistant professor and design research scientist in the masters program in Biomedical Communications at the University of Toronto. She began her career as a medical legal illustrator practicing and teaching, and continues to teach this specialization. In 1996, she completed a MEd in Health Professions Education. Her PhD, in the same field, explored online educational design of visual knowledge building and methods of individual and collective transformative assessment. Over the past 14 years, Leila’s work as design research scientist has involved creative direction, interactive pedagogic design, and iterative evaluation, working with multidisciplinary teams composed of medical illustrators/animators, web-designers, programmers, virtual simulators and health care practitioners/educators. Leila believes in creating opportunities for collaborative innovation and attributes the award-winning success of her medical and interprofessional education programs to the synergies of co-design. 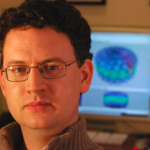 Gaël McGill is faculty and Director of Molecular Visualization at the Center for Molecular and Cellular Dynamics at Harvard Medical School where his teaching and research focuses on visualization design methods in science education. He is also founder & CEO of Digizyme, Inc. (www.digizyme.com) a firm dedicated to the visualization and communication of science. Dr. McGill recently co-authored and served as digital director for E.O. Wilson’s Life on Earth iBooks biology textbook. He is the creator of the scientific visualization online community portal Clarafi.com (originally molecularmovies.com), the Molecular Maya (mMaya) software toolkit and has contributed to leading Maya® and ZBrush® textbooks for Wiley/SYBEX Publishing. Dr. McGill is also a board member of the Vesalius Trust and an advisor to several biotechnology and device companies. After his BA summa cum laude in biology, music, and art history from Swarthmore College, and PhD at Harvard Medical School as a Howard Hughes Medical Institute and Sandoz Pharmaceuticals fellow, Dr. McGill completed his postdoctoral work at the Dana Farber Cancer Institute studying tumor cell apoptosis and melanoma. 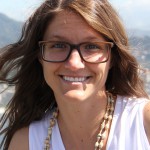 atie Weimer joined Medical Modeling in 2008 and was instrumental in the development of the new area of Virtual Surgical Planning. In April of 2014 Medical Modeling joined 3D Systems and Katie’s role is now Director of Product Development within 3D Systems Healthcare business unit. She works to create a more cohesive Healthcare offering spanning provision of software technology, 3D printing technology, personalized surgery services and implant production technology. With the creation of this new role 3D Systems aims to revolutionize Healthcare by combining proprietary and powerful workflows (the Digital Thread) with the ability to create templates, guides, instruments and even implants using 3D printing technologies. Katie has been involved in 3D printing in healthcare for nearly eight years. She received her undergraduate degree in mechanical engineering from the University of Missouri – Kansas City. She then continued at the University of Missouri – Kansas City where she received her Master of Science degree in mechanical engineering. She has published over ten manuscripts in scientific/clinical journals, co-authored an upcoming book chapter and has spoken on her area of expertise in personalized surgery nationally and internationally.